London Play will be bringing joy back to the city streets this summer as part of the Mayor’s ‘Let’s Do London’ campaign, to encourage Londoners and visitors back into the capital. 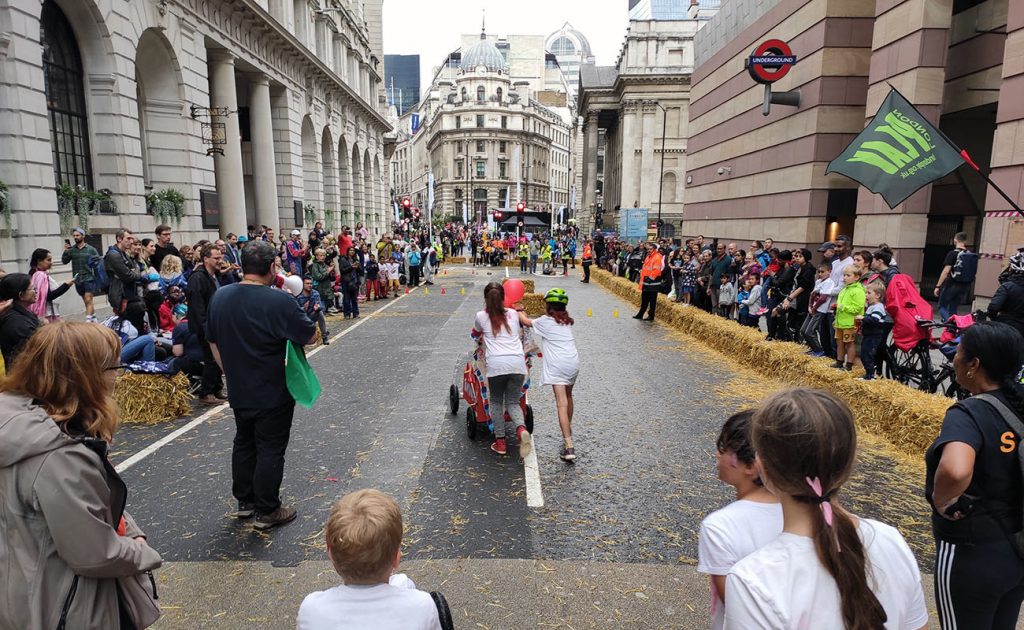 Sadiq Khan formally signed in for a second term as Mayor of London on Monday 10 May, on stage at the iconic Shakespeare’s Globe, as he announced plans for the biggest domestic tourism campaign the capital has ever seen to help London’s economy get back on its feet as COVID restrictions are eased.

An immediate priority for the Mayor will be his new ‘Let’s Do London’ campaign, launching today, which is being created in partnership with the city’s hospitality, culture, and retail industries. The flagship campaign to encourage Londoners and visitors back into central London will include a programme of one-off special events created in partnership with London’s best-known cultural institutions and tourism attractions. It will kick off later this month

Kicking off in spring with  the capital’s famous chefs, foodies and hospitality venues coming together to promote and celebrate London’s world-class food offer, the summer will offer families and children a plethora of free, joyful opportunities.

London Play, the capital’s leading charity for children’s play, will be opening up central London for families and transforming streets with play.

Other summer attractions will include the London Festival of Hope which “will bring a true celebration of life with an art and photography contest, competitions for all the family including an amateur ‘bake-off’, community activations, giant inflatables taking over London’s skyline and a series of outdoor live music concerts that will reimagine the performance space.” The Southbank Centre will welcome audiences back with their Summer Reunion programme – 15 consecutive weekends of free outdoor activity from and the Tate Modern will also be offering large scale free activities during the summer.

FIND A PLACE TO PLAY

Click here to go to our play map and find adventure playgrounds, play streets and all our other favourite places to play in London.
VISIT OUR PLAY MAP