London Play is the charity for children’s play in London and the creator of this website.

London Play was established way back in 1998. Our small but might charity has been putting play back on the capital’s streets since 2008.

Our vision is a London where all 1.8m children can play outside every day, near to where they live – be that in an adventure playground, in the park, at school, or on the street. 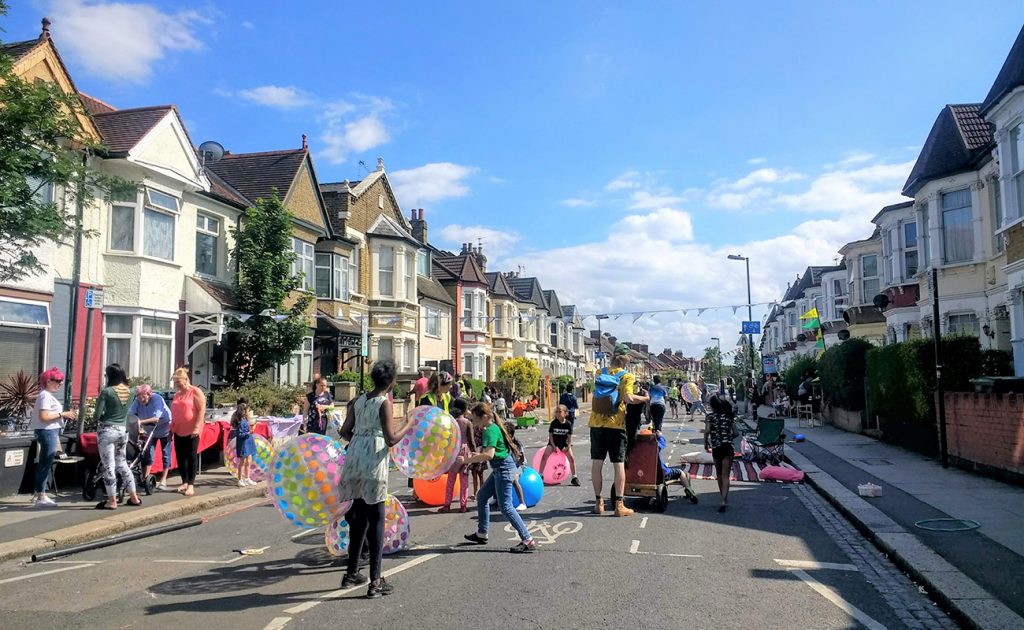 In 2008, not a single one of London’s 33 local authorities offered residents the opportunity to open their street for play. Witnessing the joy of more than 100 one-off playful street events we supported through our award-winning Street Play project, and the appetite of participants to ‘do it again’, we did some digging. We knew that London had once had a strong culture of play on the street and sure enough, uncovered dormant legislation which had been introduced in the 1930s. We dusted it off and the rest as they say, is history.

Over a decade later, we are pleased to say that two thirds of London boroughs have a play street policy in place and thousands of children and adults across the capital have experienced the joy of regularly coming together on their street with neighbours, to play or just sit and drink tea and swap stories together.

We think it is totally awesome!

Want to know what else we do? Visit us here: www.londonplay.org.uk

London Play in the news

London Play calls for a 'summer of play'

London Play has joined academics and other play campaigners in calling on the government to support 'a summer of play' to help children recover from the stress of lockdown and a year of Covid upheaval.
Read More
London Play Press Releases

Join the pledge! Summer of Play

24 MAY 2020: London Play is one of  many organisations behind a campaign to ensure that every child has the space, time, and freedom to play this summer as Covid-19 restrictions are eased
Read More

Want to make the magic happen on your street?

Step this way....
RESOURCES FOR ORGANISERS